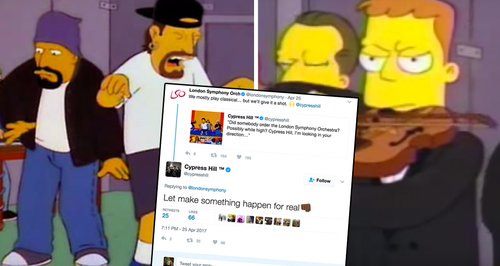 The LSO and hip-hop pioneers Cypress Hill have been talking on Twitter about a particular moment from The Simpsons, and now they might be actually collaborating.

Everyone knows that one of the best episodes of The Simpsons is the one where Homer joins a travelling rock festival (dispute this at your peril). In one key scene backstage, hip-hop legends Cypress Hill are seen trying to remember if they requested an orchestra, namely the London Symphony Orchestra.

Well, after an inspired exchange between the LSO and Cypress Hill on Twitter, it looks like this actually might be happening. The two organisations are DM-ing each other.

We mostly play classical… but we’ll give it a shot. @cypresshill https://t.co/2XT3Z5tVsJ 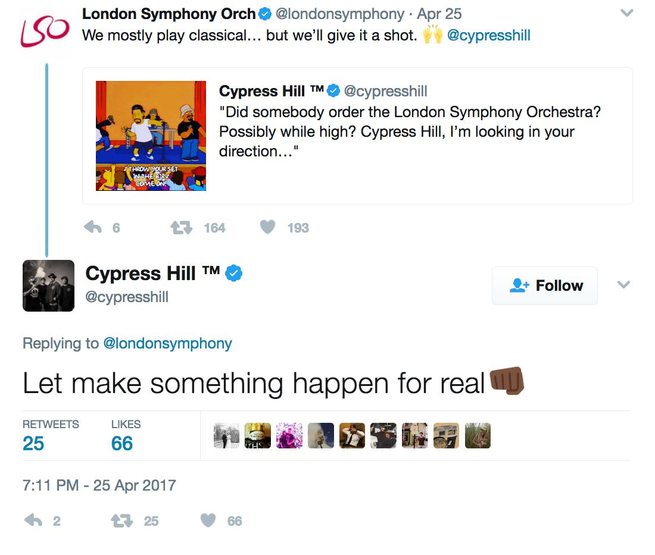