This image appears in the gallery:
The history of the London Symphony Orchestra in pictures 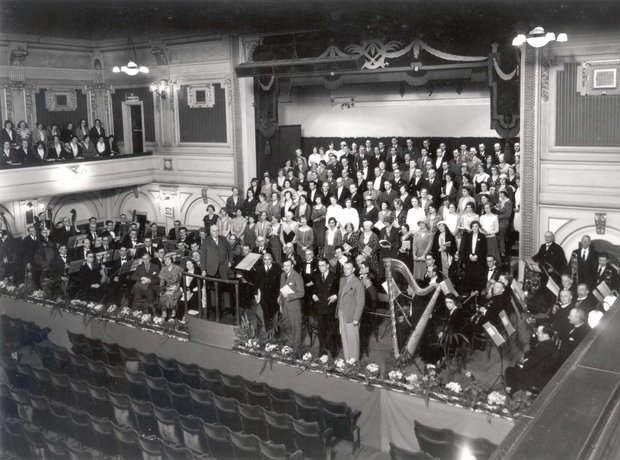 Taking them on their first ever tour, Edward Elgar began his relationship with the LSO in 1905. After that, Richter was still the orchestra's main conductor, but Elgar was to eventually become Conductor-in-Chief in 1911 after Richter retired. This picture is from the premiere of Elgar's The Apostles in 1932 - can you make him out? Photo: LSO Archive

See the full gallery: The history of the London Symphony Orchestra in pictures

This oboe soloist’s reed snapped mid-solo, but he recovered like a pro