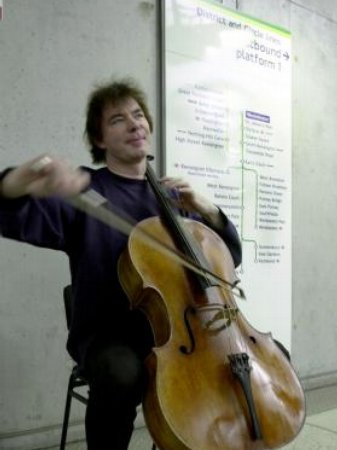 Classical cellist Julian Lloyd Webber performs at Westminster station just after rush hour, as he became the first official busker on London's Tube network. London Underground gave him the unusual platform after a change in a by-law which allows buskers to perform without fear of being moved on provided they have permission. May 2001