This image appears in the gallery:
Julian Lloyd Webber: A career in pictures 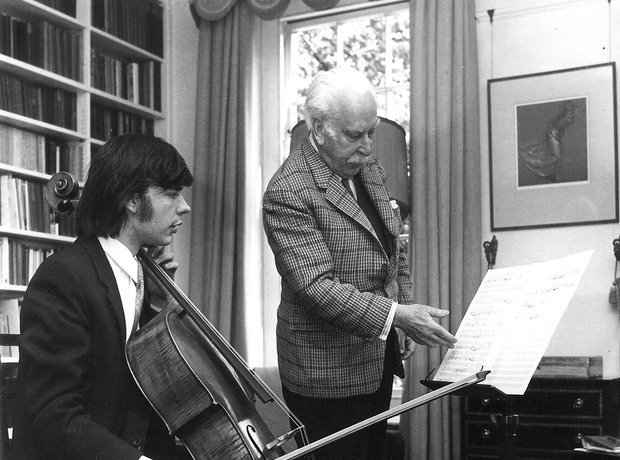 In September 1972, Lloyd Webber made his professional debut at the Queen Elizabeth Hall in London when he gave the first London performance of the Cello Concerto by Sir Arthur Bliss, then Master of the Queen's Music. Bliss composed the concerto in 1970 at the age of 79 for the great Russian cellist Mstislav Rostropovich.