Julian Lloyd Webber: And the Bridge is Love 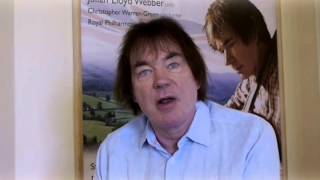 In this his first recording as a conductor, Julian Lloyd Webber showcases a wide-ranging programme of English music for strings includes the world premiere of Howard Goodall’s moving And the Bridge is Love, in which Lloyd Webber plays cello in a farewell performance, after announcing his retirement from performing.

There's also the first ever recording of his father William Lloyd Webber’s The Moon, which was only performed for the first time in 2014.

Elgar’s Introduction and Allegro, Op. 47, is complemented by novelties in the case of the never-before-recorded arrangements by Elgar’s friend and biographer W.H. Reed of the two Chansons – du Nuit and du Matin.

This is a beautiful album, with an intriguing mix of the familiar and the unknown. All the signs are that the former cellist Julian Lloyd Webber could be turning into a very fine conductor indeed.