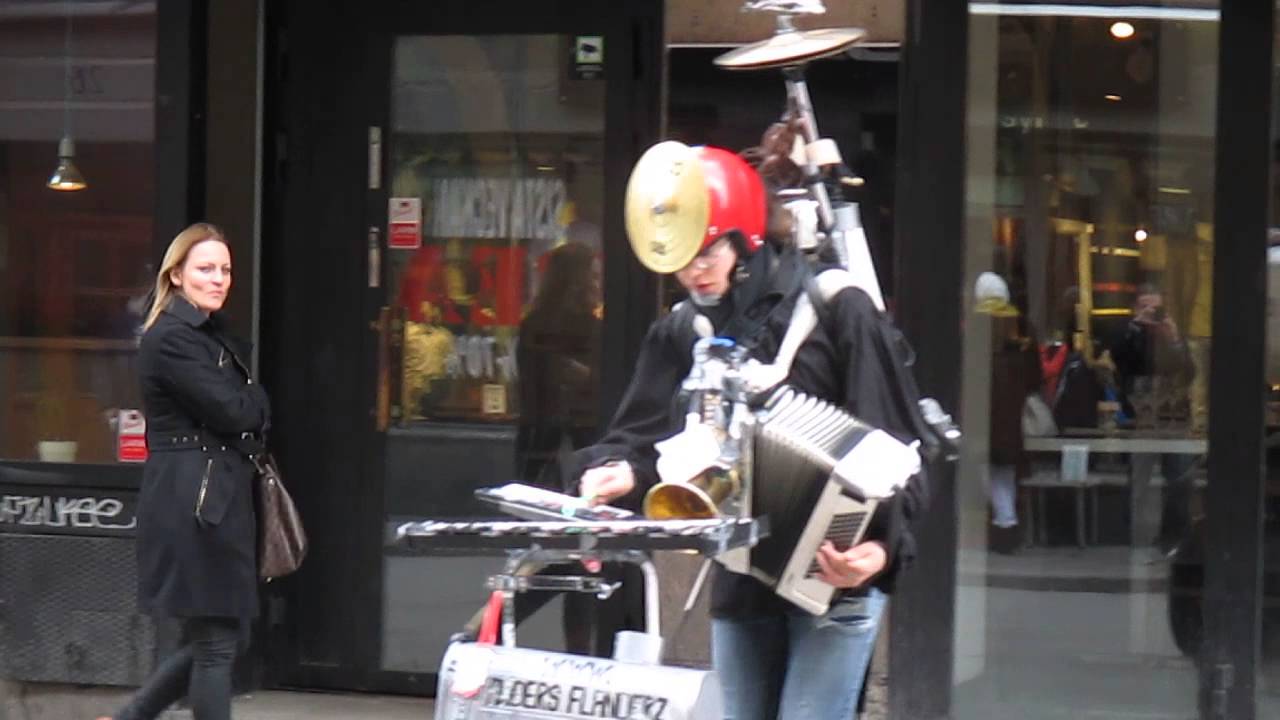 John Williams' iconic score gets a somewhat unusual reworking in this incredible solo performance in Stockholm.

Throughout the high-energy rendition, which lasts just under two minutes, Flanderz manages to rattle through the famous piece, playing the tune on a glockenspiel and accordion while accompanying himself with shouting, horn-honking, and a rhythmic drum beat.

While Flanderz is clearly a fan of film music, his other videos include a lively performance of the Final Countdown (complete with lyrics), as well as performances of his own music.