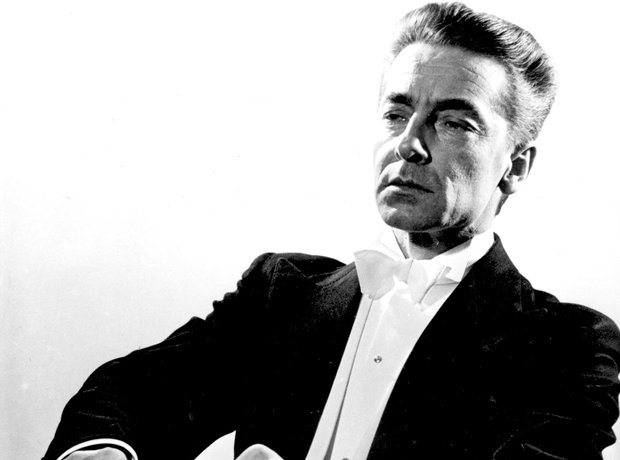 In 1946, von Karajan gave his first post-war concert in Vienna with the Vienna Philharmonic, but he was banned from further conducting by the Soviet occupation because of his previous Nazi party membership. On 28 October 1947, he gave his first public concert following the lifting of the ban. With the Vienna Philharmonic, he recorded Johannes Brahms' 'A German Requiem'.