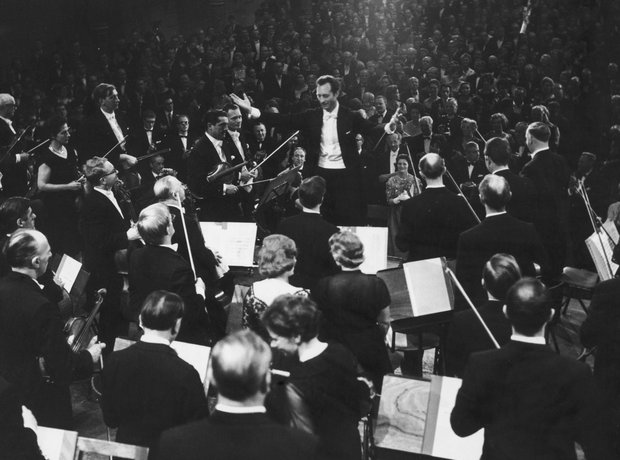 After hearing Giulini’s radio broadcast of Debussy's 'La mer', the great conductor Toscanini asked to meet Giulini and the two men formed a deep bond. Toscanini recommended Giulini for the musical directorship at La Scala. He took up the post in 1953. Over a five year period, he conducted 13 productions but resigned after members of the audience jeered Maria Callas during a run of operas in 1956.