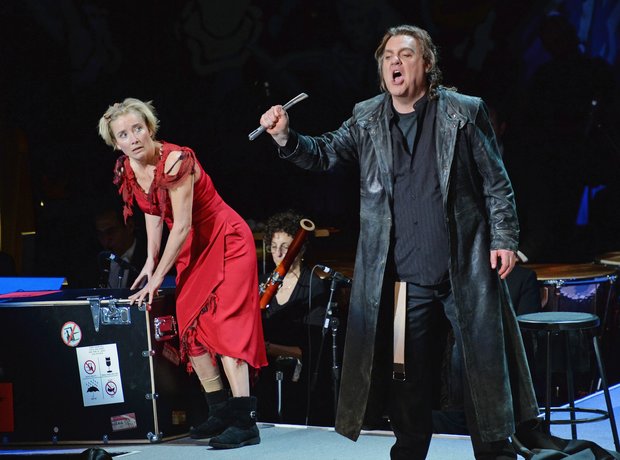 Bryn Terfel has recorded albums of songs from the great musicals of Lerner and Loewe and Rodgers and Hammerstein. In 2007, appeared as Sweeney Todd in the Stephen Sondheim musical with Philip Quast at the Royal Festival Hall in London – and seven years later, he reprised the role in the Live from Lincoln Center concert production, with Emma Thompson as Mrs Lovett.

Bryn Terfel on being an 'operatic chameleon'

Bryn Terfel: In The Hall Of The Valley King