This image appears in the gallery:
Birmingham Royal Ballet's premiere of Aladdin 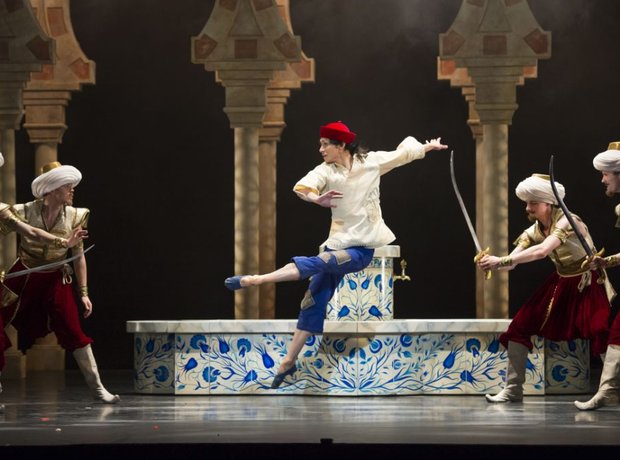 The score for Aladdin is written by Carl Davis. Most famous for his TV and film scores, including the BAFTA winning score The French Lieutenant's Woman and the 1995 Pride and Prejudice, Davis was first commissioned to write the music by the Scottish Ballet in 2001. Davis's score has since been revised and updated and new music was written especially for David Bintley's National Ballet of Japan world premiere in 2008.