This image appears in the gallery:
Andrea Bocelli: Concerto, One Night in Central Park - an album guide 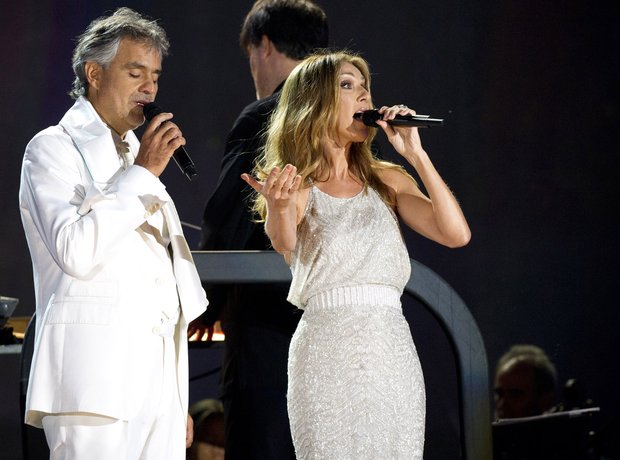 This track was originally recorded as two separate solo versions, one by Bocelli in Italian, and the other by Celine Dion in English. It has an impressive pedigree: it won a Golden Globe Award and was nominated for an Academy Award in 1999, and received a Grammy Award nomination in 2000.

Can Andrea Bocelli beat Tom Odell and Lady Gaga to No. 1?

Five years ago, Andrea Bocelli got married in a dream ceremony in Tuscany

Where does Andrea Bocelli live? Behind the scenes in his Italian family home