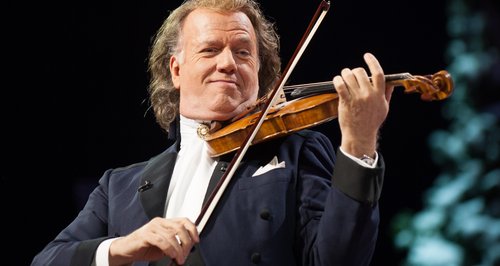 It’s 30 years since the much-loved violinist founded his Johann Strauss Orchestra. He’ll be marking the occasion with a concert in Maastricht and screened in cinemas across the UK

André Rieu has been thrilling audiences around the world with his show-stopping performances with the Johann Strauss Orchestra.

This year marks 30 years since he founded the ensemble and he’s marking the anniversary with a concert in Maastricht that will be screened in over 500 cinemas on 22 and 23 July in the UK (you can find your closest cinema here).

André said: “When I founded the Johann Strauss Orchestra in 1987, there were only 12 orchestra members – now there are more than 60 people on stage! Although a lot has changed, there is one thing which has never changed: the joy of playing together, whether in a small group or a big orchestra.”

The Johann Strauss Orchestra will be joined by a handful of special guests in Maastricht and the cinema broadcast will be presented by television presenter Charlotte Hawkins.