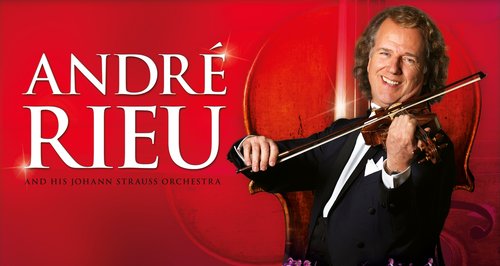 André Rieu will bring his Johann Strauss Orchestra to the UK in December for an extensive tour, with tickets available this Wednesday.

After another year of chart-topping albums and international arena shows, Dutch violinist and orchestra leader André Rieu will bring his Johann Strauss Orchestra to the UK for a full tour this December.

The tour will see Rieu taking his waltzing orchestra across the UK in a huge stage show that will see over 100 people onstage.

Rieu himself commented: “Every night, everywhere in the world I invite my audience to get up from their seats and dance with us. I can’t tell you how fantastic it is to see people from every continent waltz to our music, whether they’d be young or old."

"You will find every sentiment in a waltz. Happiness, joy, melancholy, and  love. And last but not least, do you know that it is scientifically proven that waltzing is good for your health? A waltz a day keeps the doctor away!”

Tickets for the shows will be available on Wednesday March 16th.

Tour dates are as follows, and tickets are available below: