This image appears in the gallery:
Best Classical Music Education Initiative - The Nominees 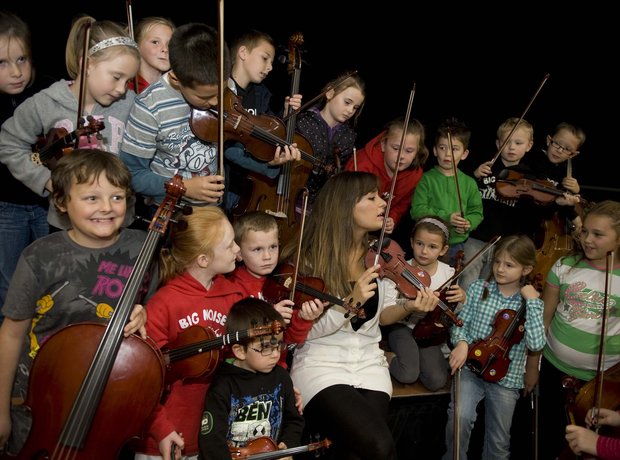 Sistema Scotland is the Scottish equivalent of In Harmony Sistema England. Both are based the much-admired El Sistema programme in Venezuela, which has used music-making to improve the lives of the poorest young people for four decades. Sistema Scotland runs Big Noise Raploch, an orchestral project based on an estate in Raploch, Stirling, which has won praise from around the world and recently inspired the Scottish government to fund a sister project, Big Noise Glasgow. This will also be run by Sistema Scotland and will launch in 2013.